Blessed Mother and Child
Image from pxfuel.com/free to use

Pope Francis will consecrate Russia and Ukraine to the Immaculate Heart of Mary on Friday, March 25, according to the Holy See Press.

The consecration will begin at 5 p.m. (local time) in St. Peter’s Basilica in Rome.

The Director of the Holy See Press Office, Matteo Bruni, said in a statement: “The same act, on the same day, will be performed in Fatima by Cardinal Konrad Krajewski, papal almoner,” who is being sent there by the Pope.

A copy of the consecration prayer is available online.

Pope Francis has asked the bishops of the world to join him in the consecration on the Feast of the Annunciation of the Lord.  A list of dioceses participating is available at this Catholic News Agency webpage.

Pope Francis also prayed for the end of the war in Ukraine at his most recent General Audience and asks that we join him in the end to this violence.

In the Catholic Church, consecration means setting aside for a holy purpose.

The Vatican’s Congregation for Divine Worship defines consecration to Mary as an overt recognition of the “singular role of Mary in the Mystery of Christ and of the Church, of the universal and exemplary importance of her witness to the Gospel, of trust in her intercession, and of the efficacy of her patronage,” according to the Catholic News Agency.

For more information on the history of the consecration of Russia to Mary, visit the Catholic News Agency website.

For information on how Franciscans are helping ease the suffering in Ukraine, visit this website. 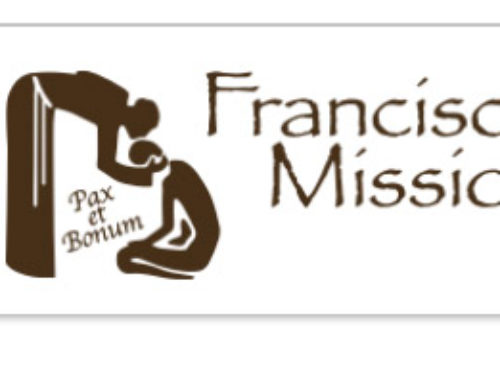 Friars Work to Keep Hope Alive in the Ukraine Gallery

Friars Work to Keep Hope Alive in the Ukraine

Franciscans called to pray for peace in Ukraine on Ash Wednesday