The time—a Sunday morning in the year 33 A.D.

The place—a garden on a hill outside Jerusalem.

The scene—a stone slab in a darkened tomb.

A torn, lifeless body wrapped in white, resting motionless upon the stone.  It’s quiet.  The guards are asleep outside.  The turmoil and excitement of the previous Friday have faded away into boredom.  The man is dead.  He promised much, but came through with little.  He stirred up a fuss for a while, a typical agitator disturbing the people.  But now He’s dead, and let’s quickly set about the business of forgetting Him.

Then the sun peeps over the horizon.  A shaft of light pierces the darkened tomb.  And something happened.  What happened?  How do we know?  Look not to the empty tomb for proof.  Even if we proved the tomb empty, we can still refuse to believe.  Most people refused belief.  Rather, look to the lives of His followers.

Look at those dejected, despairing men on Saturday.  Look at them gradually come to life on Sunday.  Look at them slowly come to the conviction: He lives!  He lives on!  After death, He gives life!  His words, His deeds, His very person who promised life, healed life, built life, and redeemed life—now lives on to give life forever.

That to my mind is the message of Easter—the message of Resurrection.  Not so much that a torn and lifeless body came back to life, appeared a few times, and left the world never to return until Judgment Day.  That is not the message of His followers.  They proclaim:

Those who are baptized live no longer their own life but the life of Him who died for them and rose again.  Christ is in you—your hope of glory!  Do you not know that you are the body of Christ!

Mysterious?—indeed.  Baffling?—yes.  Confusing?—of course.  That’s the Word of God.  That is what His followers experienced.  They gradually become convinced not that Jesus left the world, but that He remains in the world, more closely, more widely, more intimately bound up in the affairs and lives of men and women than He ever was before.

You see, before the Resurrection, Jesus had a body like yours and mine (not so big!), a body confined to time and space, a body that could trudge the roads of Palestine, a body that limited Him so He could live within the confines of one set of hands and feet, one human frame, one human heart.  But now, with Resurrection, His followers proclaim He has a new body, one united with millions of other human frames, present to all those men and women who fill their lives with faith and love, a body that can walk the streets of Jerusalem and Rome, Washington and New York, through you and through me.  And so…

The place—a garden-spot on the outskirts of Hollidaysburg.

Let us see this Chapel today as the darkened tomb in which a body, this body of Christ, rests motionless, waiting for resurrection.  It’s quiet.  Outside, many are asleep.  Good Friday has slipped even farther into the past so that the world is even more bored with Christ than it was 2,000 years ago, a world no longer disturbed by Him, a world that has succeeded quite well in the business of forgetting Him.  After all, the man is dead.

And if He remains dead this morning.  If the sun does not burst over our horizon.  If a shaft of light does not pierce this darkened tomb.  If the body remains lifeless, undisturbed by Jesus, uncommitted to God and to others, this Easter, then it will be because you and I do not offer Him new flesh, new hands, a new heart in which He can rise.

Once again, the Resurrection of Jesus will be proven not so much by arguments over an empty tomb, but by proof of filled-up lives.  Do you not know that you are the body of Christ?

But even we need to hear.  And those sleeping outside need even more to hear about the dignity and responsibilities of vocation: to be Church, to live in fraternity, to be a new humanity.  The Church, and in many ways the entire human family, are people first and foremost called toward the Risen Christ—people in whom He lives, people in whose hearts He dwells—that He might continue the work of mercy and peace, forgiveness and healing to a world still reaching out for life and reconciliation.

The Church is not a divine comfort station where we gather to admire the pretty flowers and music.  The Church is a launching-pad which sends us forth from this darkened tomb, to plant the seeds of new life, in a world still gasping in the pains of death.

So, I say to you this day—the heart of our faith is not an empty tomb.  The heart of our faith is filled-up lives, lives full of what Jesus said and did, lives that are poor in spirit, full of mercy, thirsty for justice, makers of peace.  The Gospels say that the Risen Lord left His garments behind in the tomb.  Let’s see this as a symbol that Jesus is now clothed with the garments of the world—the lives of men and women.

The tomb is empty.  But men and women are filled.  We are filled with the Risen Lord if we would look within, down deep into our lives, and find there the power to heal and the power to love.

So as the Risen Christ proclaims “I am the Resurrection and the Life,” I proclaim to you: “we are the resurrection and the life.”  We are the body of Christ, risen to life from the tomb, sent forth into the world to care and to cherish an earth, which stands bathed in the light of Easter morn. 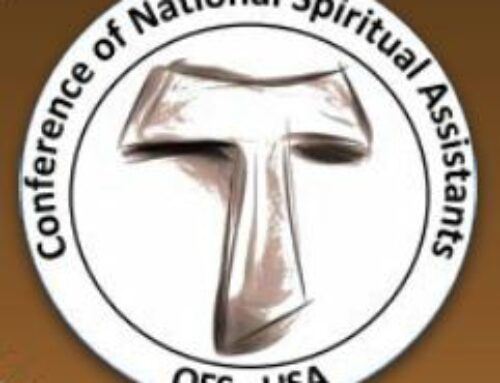 Our Freedom, our choice, is to live as Christ lived Gallery

Our Freedom, our choice, is to live as Christ lived 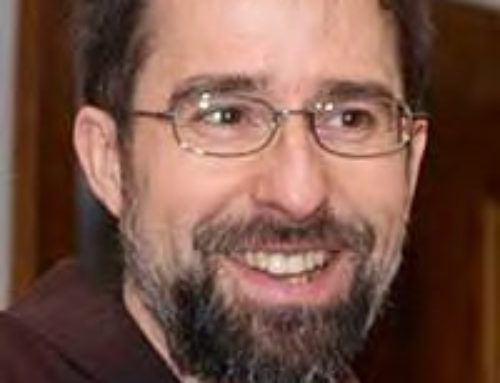 The Blessed Virgin Mary and St. Francis of Assisi