In the writings of St. Francis, such as the Volterra text (Letter to All the Faithful) which is included in The Rule of the OFS, we are reminded again and again that Franciscans are called to be penitents, to pray and fast. For these reasons this ancient tradition is important to us. St. Michael’s Lent is a period of 40 days, honoring Mary and St. Michael the Archangel. It begins on the Feast of the Assumption and ends on The Feast of the Archangels.

“[H]e wished along with the most faithful Brothers . . . to celebrate the Assumption of the Blessed Virgin (August 15) and then prepare himself by a forty days’ fast for the Feast of St. Michael (September 29). In common with the rest of the people of the Middle Ages, Francis nourished a special devotion to this Archangel, signifer santus Michaelis, the standard-bearer of the Heavenly Host, and the one who with his trumpet was to wake the dead in their graves on the last day . . . .”

(From: St. Francis of Assisi by Jorgensen)

From Jan Parker’s Ministers Message, Contemplating the Cross and the Lent of St. Michael of August 2017:

In my experience as a Franciscan this “second Lent” has not been widely practiced, but perhaps as Brothers and Sisters of Penance we should seriously consider its merits. My own resolve to enter this Lent has deepened, and so for me a 40+ day journey starts [August 15th].  I’m already trying to get my mind around the fact of Lent right here in the midst of Ordinary Time. I know I will be led, but it will be interesting to see just how this works out in practice. I invite you to consider this Lent, too, as a way to be united in prayer and action – but of course it is only one way among many.

Always, in the various ways that the Holy Spirit leads each of us, we remain united – one in our prayer and in our actions, one in our common Franciscan journey and one in our call to live the Gospel. For these bonds of fraternity, we are can be ever thankful! May the Cross which spoke to Francis, continue to speak to us and, in fact, be our very way of life (see Luke 9:23).

St. Maximilian Kolbe, and all holy Franciscan saints, pray for us!

Holy Mary, Mother of God, protectress of our Order and of the Americas, pray for our country, and for us, that we might bear your Son to the world!

Peace and love, (and Happy Lent!)

Days for Franciscans to Remember

September 17 –     Feast of the Stigmata of Our Holy Father Francis

September 29 –    The Feast of the Archangels

Other sites for more information:

What is St. Michael’s Lent  – catholiccompany.com – getfed/what-is-st-michaels-lent link is not working. Here’s the article:

“St. Michael’s Lent” is a beautiful devotion in honor of St. Michael the Archangel. It is a forty-day period of fasting, prayer, and penance—a miniature Lent, you might say—that runs from the Feast of the Assumption on August 15th to the great archangel’s feast day on September 29th.

This devotion comes to us from the life of St. Francis of Assisi, who was deeply devoted to St. Michael and the angels. He practiced this “Lent” himself, as mentioned in St. Bonaventure’s famous biography of him and in The Little Flowers of St. Francis, a collection of stories about the early Franciscans.

St. Michael’s Lent, in fact, forms the backdrop to one of the most famous events in the life of St. Francis. A couple years before his death, the saint was inspired to spend St. Michael’s Lent on a certain mountain called La Verna. Here, close to the feast of the Exaltation of the Holy Cross (September 14th), he received the wounds of Our Lord’s Passion in his own body: the stigmata. The Franciscans celebrate St. Francis’ reception of the stigmata with a feast on September 17th.

St. Michael’s Lent, like the original Lent, excludes Sundays (and, we presume, feast days—there aren’t strict rules since it is a devotion rather than an obligation).

We should all foster devotion to St. Michael, our great helper and defender in our battle with the devil. Practicing St. Michael’s Lent is a great way to do it—but don’t be intimidated, you can practice it in whatever way and to whatever extent you can! Even a little given with love and devotion has measureless value in the eyes of God and His angels.

Here at The Catholic Company, we love St. Michael and have created products specifically to honor him. Our bestselling St. Michael Prayer Black Scented Candle is a wonderful addition to a prayer corner or any place you wish to honor the Archangel. Adorned with a shield image and the first part of the St. Michael prayer, this candle will remind you always to call upon the strength of the Prince of the Heavenly Hosts.   Order yours today!

Day of Prayer and Fasting – October 11

Day of Prayer and Fasting – October 11 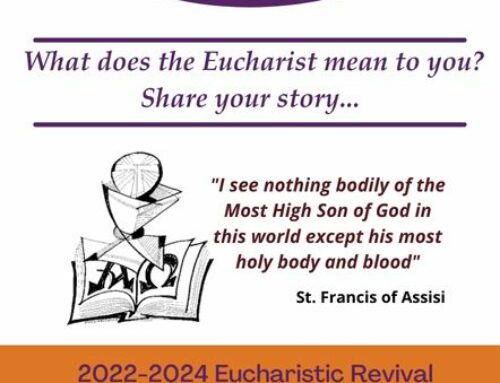