In the final extended exchange between our first “Minister,” St. Peter, and our Lord and Savior Jesus Christ, we read:

When they had finished breakfast,

Most Biblical scholars agree that John is the last written of the four major Gospels, and this exchange is the final test that the Lord gives Peter before His Ascension. I say “final” because it is clearly not the first test.

Perhaps the first test of Servant Leadership is one not very popular in American culture. Most Biblical scholars agree that Mark is the first written of the four major Gospels. Spoken directly to Simon (Peter) and his brother Andrew in this first Gospel, our Lord’s first word is “Come.” “Come after me” (Mark 1:17).

Well, how can we respond to “Come”? To me, I either say, “Yes, I’m coming,” or “No, I’m not coming.” “Come” does not really sound like a call to dialogue or discussion.

Thus, the first test the Lord gives his first “Minister” is obedience. Either Simon Peter follows the Lord’s summons or he doesn’t; either he obeys or he doesn’t. Simon comes, obediently, as do Andrew and the other disciples; note, please, not knowing what to expect in following the Lord. How could they?

How many of us would accept this “blind” test of obedience? I guess all of us who are permanently professed have accepted this test. I can honestly say that I did not know what lay ahead of me on June 12, 1983, when I made my permanent profession. Perhaps obedience is not a bad test to start with!

What might be the second test? Well, early on in most of the Gospels, Peter and the other disciples face some serious challenges: for Peter, the sickness of his mother-in-law at a time of no professional doctors or emergency rooms (Mark 1:30), a storm at sea (Mark 4:37-40), and the inability to drive out demons (Mark 5:1-20), to name just three. And as the Lord allows Peter and the others to experience these challenges or tests, He will often counsel to the effect, “Do not be afraid; just have faith” (Mark 5:36).

Thus, the second test brings us to faith, the first of the theological virtues, faith that is a gift of God and the practice of which helps lead us to God. According to Hebrews 11:1, “faith is the realization of what is hoped for and evidence* of things not seen.” To me, this is not the same as obedience, and every Minister will be tested on her or his faith, I promise, as were Peter and the disciples. Let us pray that our tests as Servant Leaders will strengthen our faith, and with God’s grace, we can strengthen each other’s faith. As the Lord says to Peter: “I have prayed that your own faith may not fail; and once you have turned back, you must strengthen your brothers” (Luke 22:32).

This article cannot explore all the tests or challenges that the Lord gives in the Gospels, but since we started with and will finish with Peter, let’s stay with Peter, as the Lord’s first “Fraternity Minister” a bit longer. What other tests did Peter need to face? How did the Lord prepare Peter for Servant Leadership?

Well, although I have written about it before, I continue to be attracted Peter’s effort to walk on the water (Matthew 14:28-31). The Lord again says to Peter that one word: “Come.” Yet to me the test here is not one of obedience or even faith, but rather a test of focus. Peter obeys, and he trusts in the Lord, but he cannot keep his focus exclusively on the Lord. As long as he keeps his eyes focused on Jesus, he’s fine. When he thinks about the power of the storm or his own sinfulness, he sinks like a stone.

Although I have not seen any Secular Franciscan Ministers trying to walk on water, I have seen some of us attempting more than we can really do with our own obviously limited human abilities. In every case, when we have allowed our attention and concentration to turn from the Lord to the circumstances and personalities involved, we, or at least I, have sunk.

Then there is that test of recognition (Matthew 16:13-20). Who do people say that I am? Who do you say that I am? Peter has to know. It is impossible to be Secular Franciscan leaders if we cannot recognize our Lord and Savior, if we cannot proclaim that Jesus Christ is truly God and truly man.

Another great test of leadership in the Lord’s service is the test of forgiveness. Who else but Peter will ask how often he should forgive his brother who sins against him. Seven times? The test here is on the limits of forgiveness, and I have talked to Ministers who just cannot forgive. We say we are Christian leaders, but we can be vengeful or passive/aggressive.

We just don’t like people for what they have done, or what we imagine they have done, and we fail this test of forgiveness since our Lord tells Peter in essence, there are no limits on forgiveness.
We don’t just forgive our brother (or sister) who sins against us seven times, but seventy-seven times (or in some translations, seventy times seven times) (Matthew 18:21-22).

Then during the Passion, when Jesus has been taken captive, Peter is challenged to stand with the Lord, and of course, he denies the Lord three times (Matthew 26:69-75). The test here may be that test of martyrdom. As a Servant Leader, could I remain faithful to the Lord even in the face of possible death?

I have never met this test, nor have I met anyone in the United States who has faced this test, but at the meeting of the International Fraternity in Assisi last November (and please forgive me for not publicly divulging names), I met good sisters from China, the Ukraine and Russia and good brothers from Bethlehem and Nigeria, for example, who gave me the sense that they could face this test sooner than later. Let us pray for all who have faced or will face this test!

Yet, even this test of possible martyrdom is not the final test the Lord gives to Peter and to us. Again, that final test is the test of love.

Why does the Lord ask Peter three times if he loves Him? Of course, neither the Lord nor Peter has forgotten Peter’s three-fold denial, but note that nowhere does the Lord blame or remonstrate with Peter for this denial. Rather, he wants Peter to practice from henceforth perhaps the greatest lesson that the Lord could teach him: Love.

Love is the answer to almost all of our problems and failures as Servant Leaders; not our own limited, imperfect human love, but God’s love for us, which never stops and is always there. If we are open to the Lord’s love, that love will flow from the Lord through us to our sisters and brothers before returning to the Lord.

Without that love, all our Secular Franciscan Servant Leadership is more or less hypocritical. Without that love, even great faith and the willingness to die mean nothing. As wrote St. Paul: “If I have all faith so as to move mountains but do not have love, I am nothing. If I give away everything I own, and if I hand my body over so that I may boast but do not have love, I gain nothing” (1 Corinthians 13:2b-3).

Let us pray. Heavenly Father, Servant Leadership in the Secular Franciscan Order is not about us. It is never about us. Servant Leadership, finally, is about love. Love and service. If we are seeking anything else, fame, attention, escape from boredom, revenge on someone in the fraternity, whatever, we are wasting our time; and worse, the fraternity’s time; and the worst, Your graces and gifts. You test us in many different ways with different people and circumstances as we journey on this Franciscan Way to salvation. When we fail, lift us up. Help us to learn from our mistakes to trust Your love and mercy more and more by showing that love and mercy to all our sisters and brothers. We pray in Jesus’ name.

This is an excerpt from a series of articles by the late Deacon Tom Bello, OFS, former Minister of the National Secular Franciscan Order – USA.  “Many of these essays were originally published in TAU-USA, our national newsletter,” said Jan Parker, OFS, current National Minister. “They are excellent for reflection and ongoing formation.”  Jan helped Tom publish these  essays in book form.  It is called  For All The Saints:  St. Francis’s Five-Point Plan for Salvation and is available from Tau Publishing. These excerpts will appear several times a week on the Secular Franciscans website. 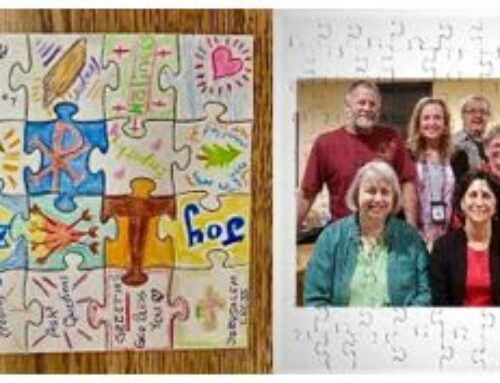 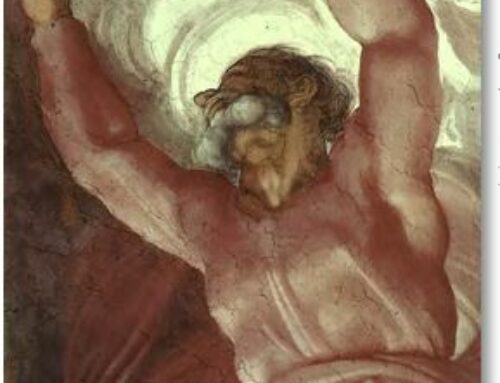